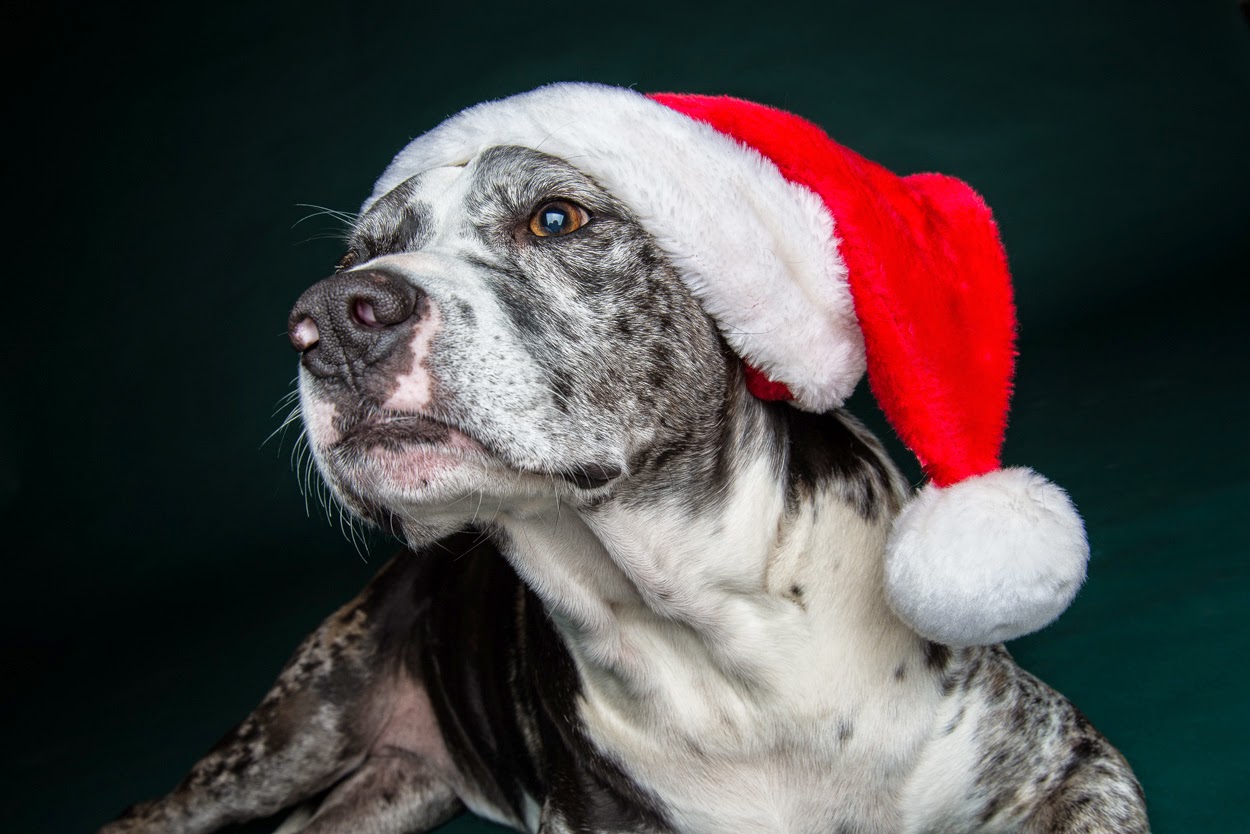 Merry Christmas everyone!! Just thought I would let everyone know that we found (beautiful) foster dog Rusty (below) a home. He got to stay with us over Christmas though, something about a dog door and an update for an invisible fence but he should be on his way anytime and although we'll be quite sad about that we wish him and his new family the very best. Because of him, Stella and I are back in the groove of walking 2-3 miles every morning and while most of our friends don't see that as a good thing (at 6am) we need the discipline and the exercise so it really was a gift. He's learned a million things over the last six weeks as well including how to walk past a cat without causing an explosion and how to drag a seventy pound pit bull around by the jaw. It was a mostly good experience having him, and Stella has never been happier in her life, except maybe that day when she and Diesel swam the creek  summer before last. She may need some counseling after he leaves but hopefully she'll adjust quickly. Meanwhile, we're still romping it up in the neighborhood every morning and making all the dogs go berserk in their own yards.

Hope you all and yours have a great day and a remarkable new year!!
Susan 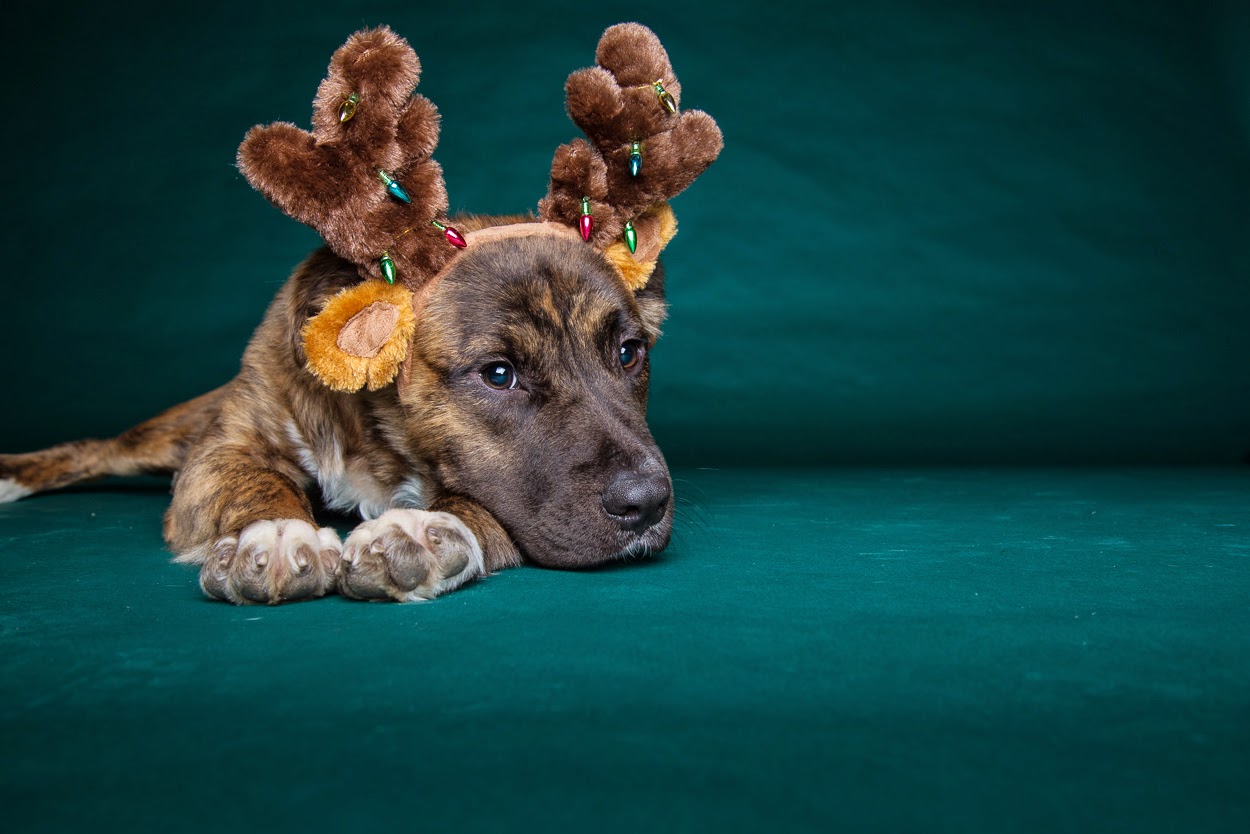 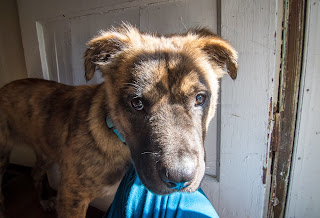 So we (Stella and I) are the proud new caretakers of one mutt foster dog who appears to be the sweetest dog alive. It's still the honeymoon phase though and he did have my whole cat in his mouth at one point this week so I'm not counting chickens just yet. No harm done - well no physical harm done to either one of them - incredibly. If it sounds like a crazy riot though, you can be sure that it was complete with an explosion of furniture and yelling. He's learning though and in a single week, he's had a world to process that is very different from the one he's lived in for the last five months.

We're actively trying to find this pup a home before he becomes a full grown dog so if you know of anyone who deserves a wonderful new best friend... give a shout and I'll happily send the details your way. (Also, see link to his Petfinder profile below) 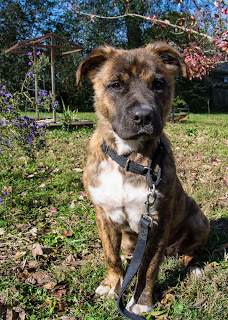 Meanwhile I thought it might be a good thing to record some of his antics for his future owner(s) especially now that the cat incident is behind us. To be honest I think he'll be fine with cats in the end. He's a wild puppy just like someone we all know and love (ahem) started out. Did I mention that they are in love with one another? It's wonderful to watch because Stella hasn't had a dog in her life that she really liked since Diesel. He came for a visit back in the summer and although he was a perfectly lovely house guest, he declined to play their old wrestling games (could be he was just missing his owner and his new and improved life and therefore wasn't feeling it) This dog on the other hand was riding on Stella's back just two days ago. Riding her. Like a pony. He isn't a small puppy either. He weighs about thirty-five pounds. It was hilarious fun.

His name is Rusty. Or Banjo. Or whatever you want it to be ;-) 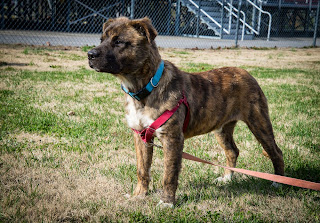 Stella, Still Getting Her Puppy On 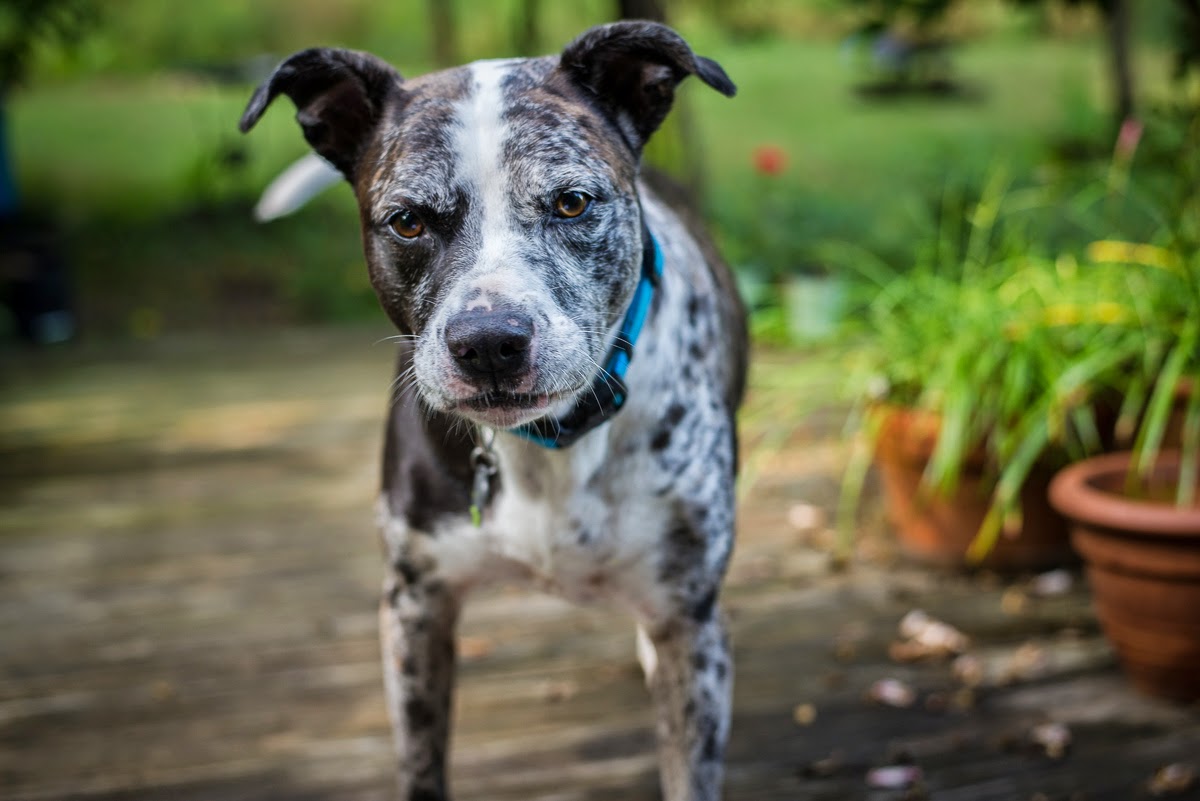 She turned six in June. We still go out on her birthday and buy her a new rope bone and collar. She gets the whole routine too somehow.

Things have been pretty busy lately. We hope you're all doing well. This time last year the two blogs that I maintained for eight years Pitcherlady and Cliffhanger disappeared without warning or explanation, off the face of the internet. A good many highlights, stories and photos of the last twenty years of my life went with them. And yes, I should've saved an edited copy of everything. I told myself none of it mattered but then I come over here occasionally and read those early stories about bringing Stella home from the fair, realize how good some of them are and end up looking for posts that no longer exist. That may be part of what's kept me quiet these last two years. That and a couple of dream jobs I didn't get. And three suicides. Pardon me while leave the dog-blogging for five quick seconds and veer off into the dark on you. Yikes. The good thing is I do still have a sense of humor. It has some chinks in it but it's perfectly normal I suppose.
Anyway, the girl(s) have gained a few pounds because we haven't been walking like we did back in the old neighborhood. It's unfortunate and I try to fight it but the new neighborhood is a boring walk. I never even considered it would be a factor but it is. For a while we even stopped walking over to Home Depot because after a year of our shopping/visiting they put up a sign that read: Only Service Dogs Allowed (Staples just did this as well tsk, tsk). A couple of months ago the sign was gone and I noticed a dog coming out of the store so I asked a cashier what happened and she said they'd gotten a new manager who actually likes dogs. The manager decided one dog didn't represent all dogs. What a concept right? So. Way to go Home Depot. Any chance you all could stop selling Round Up?
Some mornings we do make a run downtown to the Bicentennial Mall and ride the B-Cycle bikes. Stella trots alongside the bicycle, occasionally veering off toward a daredevil squirrel or to try to steal a lick off the legs of passing, random joggers . You've got to know that plays well. Anyway, if there is anyone left still reading, check out this beautiful road dog. And let us hear from you.  We're also on Tumblr if you happen to go that way. 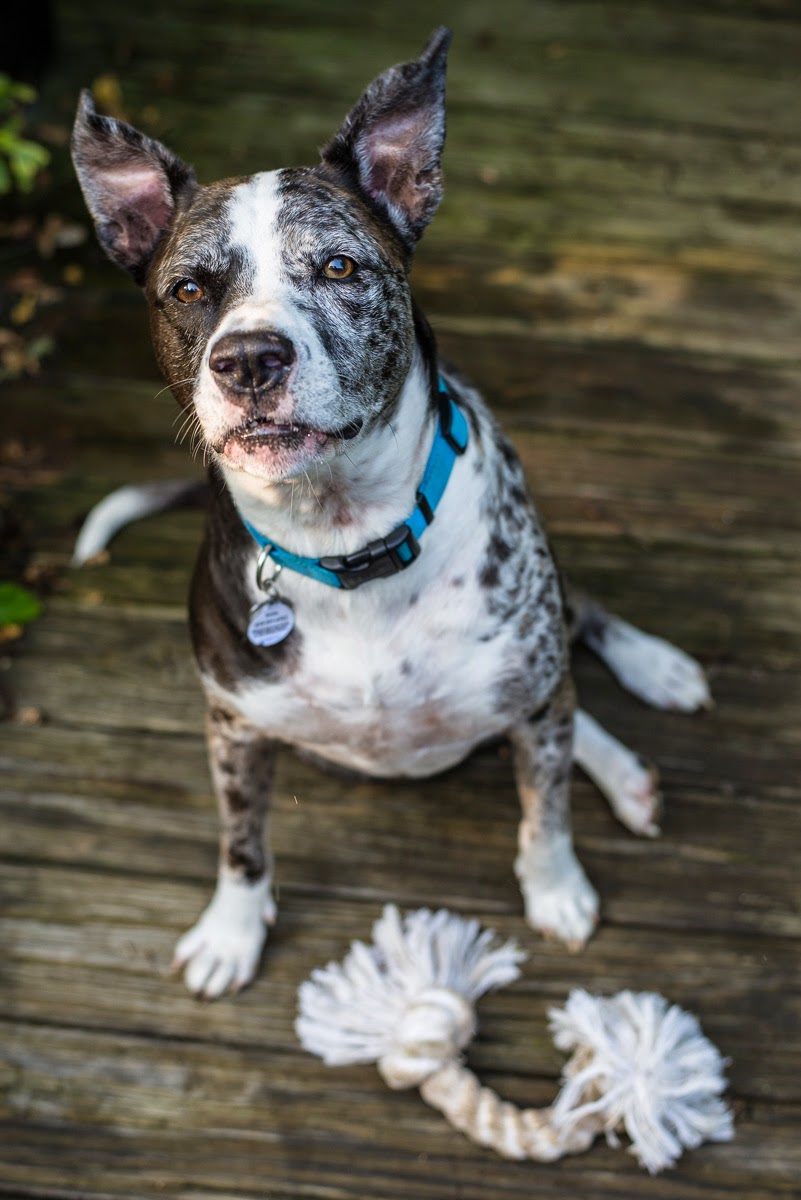 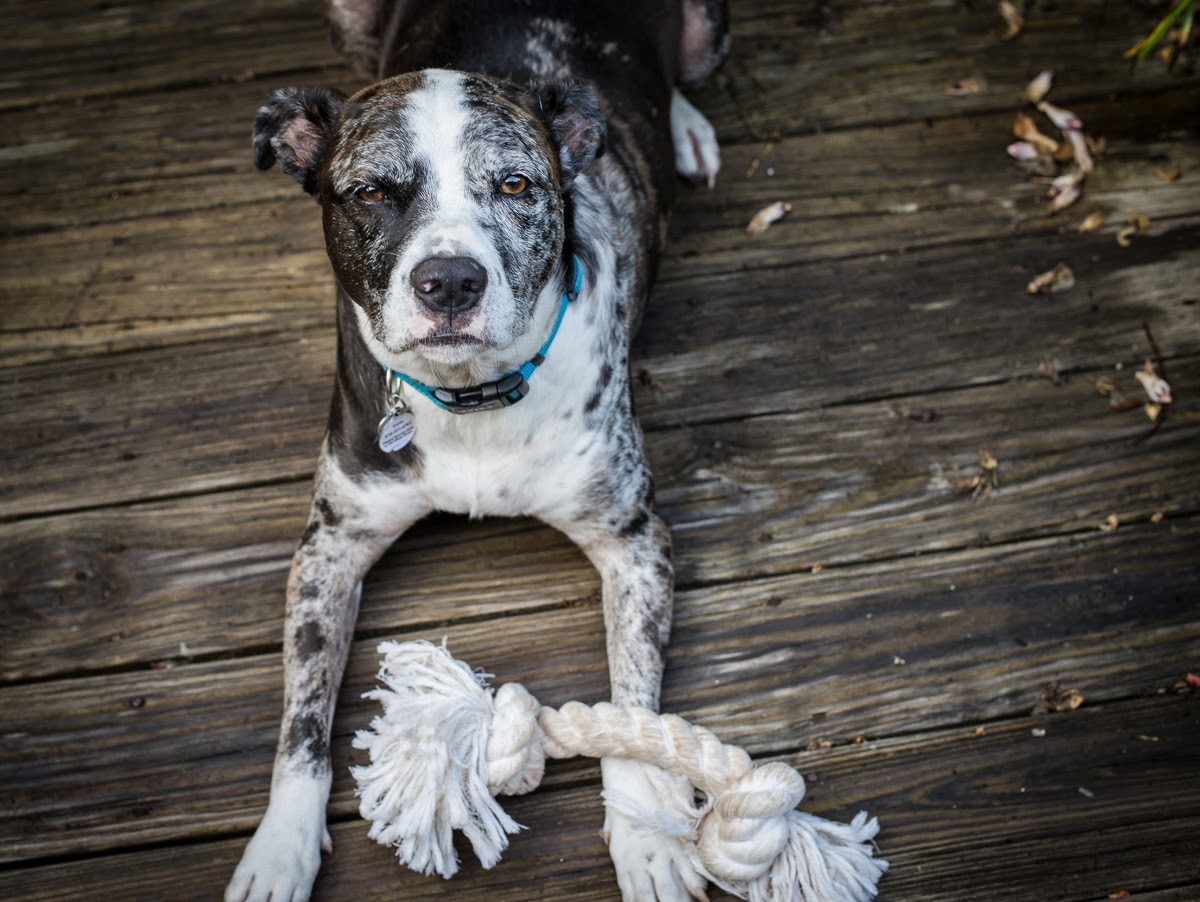 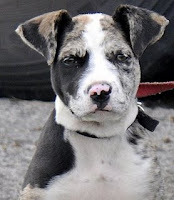